Meet Some of Our Clients 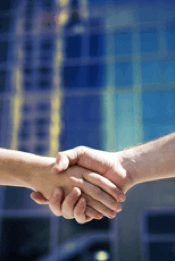 What Our Clients Say

“I was impressed with KRW’s enthusiasm, communication skills and professional demeanor when I hired them to conduct a police department comprehensive review and action plan. During this process, KRW was extremely thorough and delivered a quality evaluation with recommendations. Due to the quality of the comprehensive review, the City of Amarillo also retained KRW to assist us with the identification of an Interim Police Chief and to conduct the search for the permanent Police Chief. KRW work on all projects was superior. They were highly professional and attentive to details. The process recommended by KRW allowed us to engage our employees, citizens and Council members through focus groups in order to fully understand our community’s needs. KRW Associates has my highest recommendation.”

“KRW Associates performed two comprehensive studies of our police agency this past year. As a police chief and manager of small agencies, it is very difficult to find the time available to adequately and objectively assess one’s own agency. As City Councils and Boards often want objective analysis with an analytic approach to assess staff and departmental effectiveness, an agency with the reputation and professionalism of KRW is critical to assist with a chief’s responsibilities.The principles associated with KRW are nationally recognized experts in our field, and they will provide you a professional, transparent and objective assessment of your agency. I highly recommend KRW to assist City and Town Councils, Agency Boards, Managers and Police Agencies in the process of formal assessment that is critical to the professionalism of our field.”

“Jerry Williams and his team have provided excellent services to the City of Evans in both the areas of recruiting our police chief and in conducting an in-depth study of our police department operations. … Evans was very pleased wit the work performed and will definitely look to this group for future assistance in these critical activities.”

“The City of Wheat Ridge owes a great amount of gratitude to both Dr. Fred Rainguet and Dr. Jerry Williams for their work on an organizational assessment of our Police Department as well as conducting the executive search process for our current Chief of Police. … The recommended implementation phases of the thorough organizational assessment have allowed the department to elegantly exceed my expectations, increasing their level of professionalism and integrity in a relatively short period of time.”

“KRW was instrumental in helping Castle Rock hire our new police chief – something that hadn’t been done in our community for almost 25 years.  They were professional, flexible and responsive to our unique needs.  They also brought a wealth of experience and credibility to our search process and we are very pleased with the outcome.”

“Filling a Leadership Position in Local Government is a challenge to find the brightest and best fit to be successful.  KRW offers a proven process to deliver to you highly qualified candidates that can lead your organization in the 21st Century.”

“KRW completed a staffing and deployment assessment for the Boulder Police Department so that we could determine the proper deployment of personnel and technologies to serve the needs of the City of Boulder.  The report that KRW produced contained detailed analysis of our calls for service as well as responses to the interviews that were conducted with each work group in our department.  This evaluation confirmed areas in which we excel but also highlighted processes within the department that we are reviewing to ensure their effectiveness.  Our department members were impressed by the expertise of the KRW team; it was a pleasure to work with them.”

“In 2011, the City of Montrose City Council chose the firm of KRW Associates to assist in the recruitment of  our new City Manager.  As the City’s Human Resources Director, I had the opportunity to work with Mr. Lorne Kramer and Dr. Fred Rainguet extensively from the beginning of the search until the offer was made and accepted.  We were very pleased with the recruitment and interview process.  They were responsive to our requests and they worked with us as a team.”

“On behalf of the Board of Trustees, I would like to thank you for your efforts during our Town Administrator search.  The Board made several highly complimentary comments about the efforts put forth in working with the Board through this important task…we can look back feeling good about the entire process…a very strong recommendation for your services.”

“KRW was tasked with completing an organizational assessment of the Pueblo Police Department after a Chief’s selection process highlighted some conspicuous concerns within the department.  The assessment was conducted in a professional manner with compassion for all involved.  The results were presented to the City Manager and his staff for input prior to the public presentation before City Council.  The KRW document, along with their recommendations, became the framework for change inside our department.  The study facilitated a new leadership paradigm to take hold and it has moved the organization in a positive direction.”